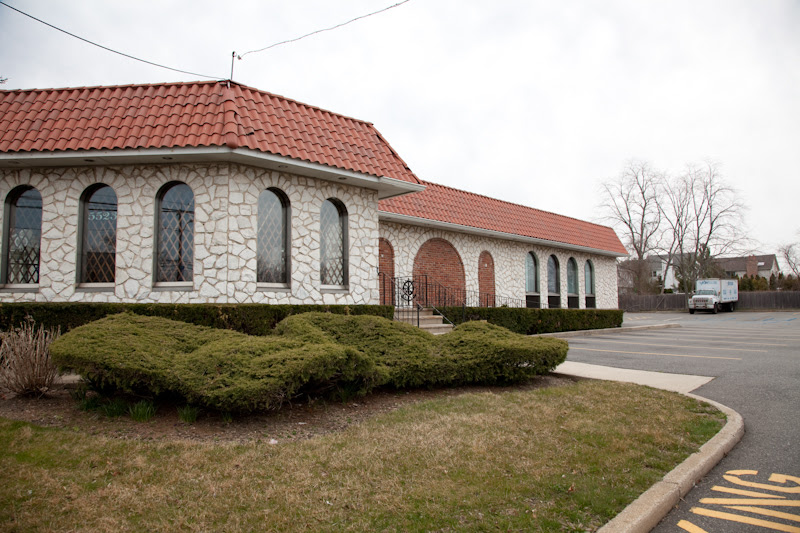 This is the Nautilus Diner in Massapequa on Long Island. Growing up nearby it was the go-to diner, and a staple in the rotation of places to go and eat. I went there as a kid with my parents at least twice a month. I'd walk there with friends when we were too young to drive. In high school, we'd go there all the time late at night...driven by a mix of hunger and boredom and just not wanting to go home yet.

I could say that I "met" my wife at the Nautilus Diner. I was around 16 years old, it was my cousin's birthday and he reserved the big room that seats like 25 people for the party. We thought we were pretty cool, hanging out in a diner in the middle of the day :) I thought I knew most of his friends already, but then this cute blond girl walked in wearing a brown sweater, and I remember just watching her from the other end of the table. Not in a creepy way (yeah right!), but more of a "I want to get to know you" way. She had to leave early and we never spoke, so I guess you can say that "met her" wouldn't be 100-percent accurate! The next time I saw her was freshman year of college, and at first she didn't believe me when I told her that I remembered her from the Nautilus Diner two years back...until I told her what she was wearing that day and that she left early in a rush. Then she remembered: her dad broke his ankle that day and had to get surgery and her mom came to pick her up early! Fast-forward to present day: her dad is fine, and we have been married for almost 7 years!

I have so many other Nautilus stories...the one where I threw a stinkbomb and caused calamity among diner-goers, or when my friend broke their payphone and the manager remembered me a year later and tried to make some sort of citizens-arrest at the table, causing me to grab my girlfriend at the time and run out the door, not to return until about 5 years later (also known as the age of the Massapequa Diner)! My dad called the place "The Nauseous" and others knew it simply as "Nautili" (pronounced like Nautil-eye, as in the pleural of Nautilus.)

Here is the place today: 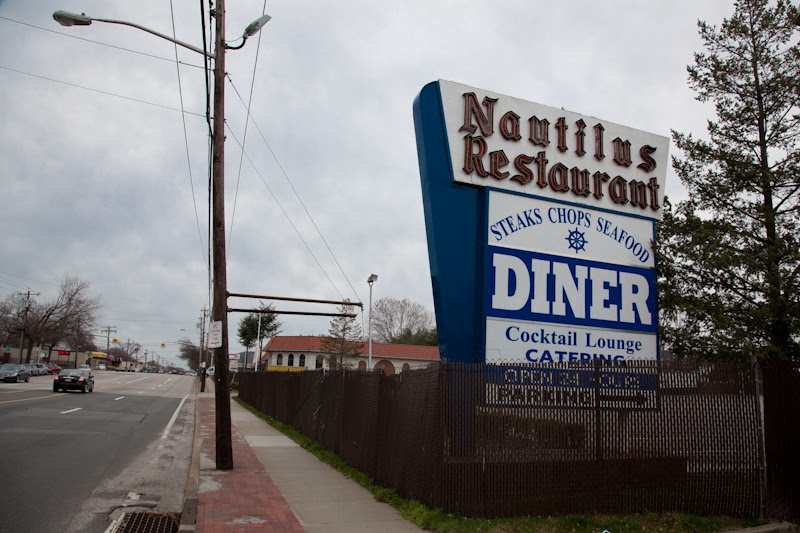 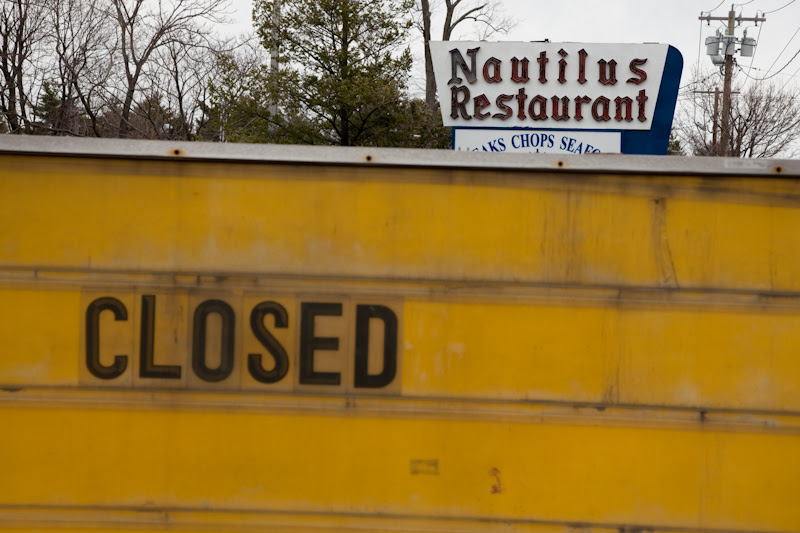 Another part of my youth on Long Island, now just a memory...
Email Post
Labels: memories