Too Cold to Rock? Never! 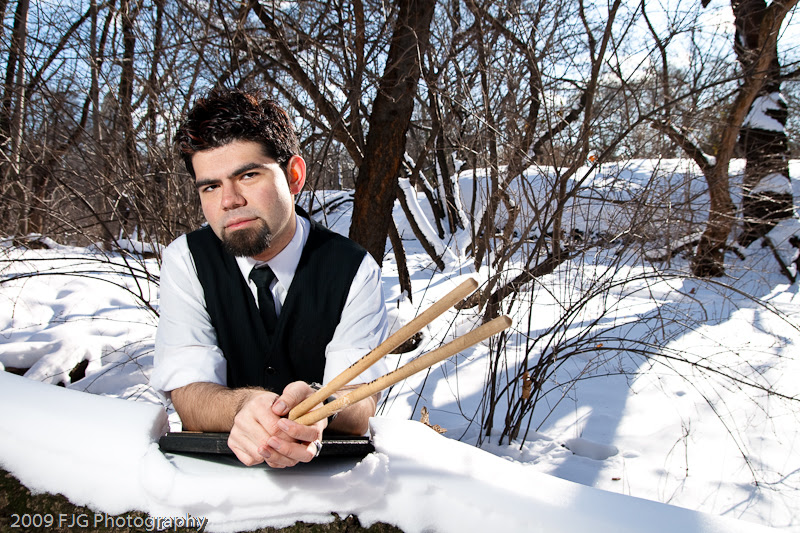 Chris is a drummer from NJ. He was in need of some portraits to use for a new website and some self promotion—and as luck would have it, I was looking for a musician to make said portraits of! So we picked a day and a place and… 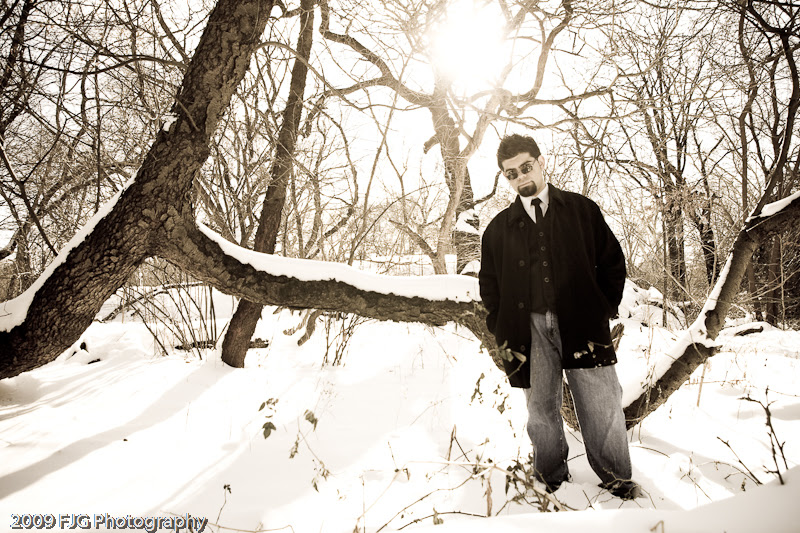 …it snowed! And not just a little bit either, something like a foot or so. Some people would have cancelled the shoot, citing such logic as “it’s too cold out” or “there’s friggin’ snow all over the place!” Not us. Both of us being manly men and all, we said “whatever” and did the shoot anyway. 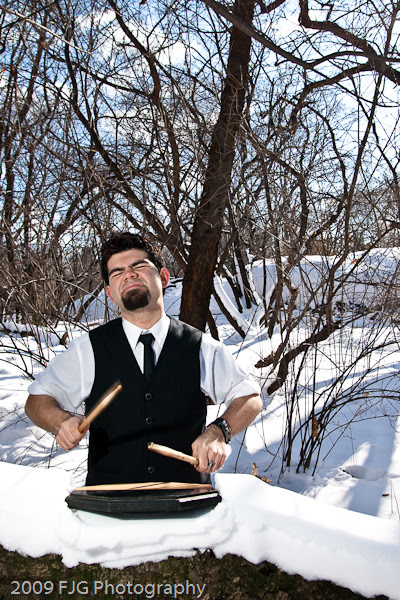 I am glad that we did. Chris was a cool guy and we had a lot of laughs. I also had never shot portraits in the snow before, so I learned a few things. First thing I learned: fingerless gloves are a lifesaver. I’ve tried shooting in the winter without gloves and my fingers get so cold I can’t move them. I’ve tried wearing regular gloves and while my hands stay warm, I can’t press the camera buttons and feel clumsy. So get some fingerless gloves. You can tell your friends you’re into the whole boho thing, or that you are moving to the Lower East Side. Whatever you need to do, just keep those hands warm! 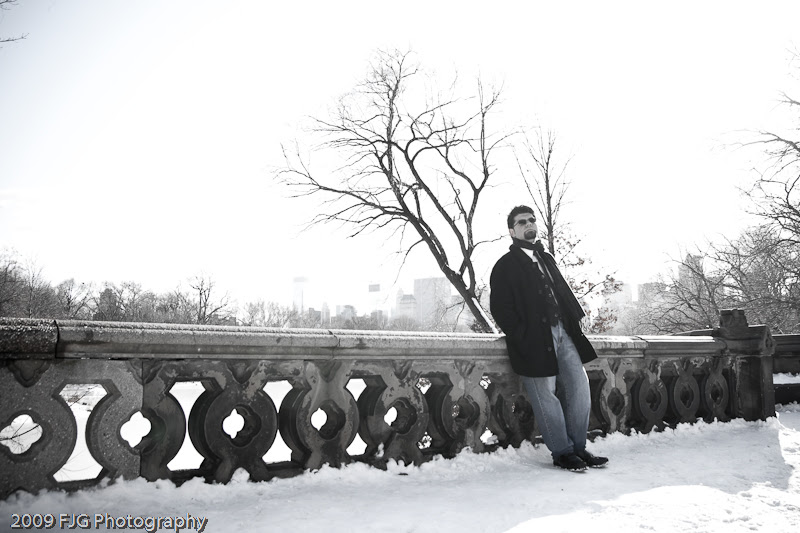 The second thing I learned is that the snow is really white. Like really, really white. Well, I kind of knew that already. All that white input to your camera’s built-in light meter makes the whole scene look really white. Your camera does what it is supposed to do; it sets the exposure so that the whole scene averages out to 18% grey. It takes that beautiful white snow and turns it grey and dark. How to fix it? Overexpose the scene by a stop or two. Shoot in manual mode or set the exposure compensation in aperture-priority mode to +1 or 2 stops. Take a shot and look at the histogram (that graph thing on the LCD). There should be a big bar all the way to the right representing the snow. As far to the right as you can safely get it without going off the chart, which would represent “blown” or “clipped” highlights. If you blow the highlights there will also be some blinking parts of the image on the LCD telling you that there is no data in those areas of the frame—just nuked pixels that will look like holes in the image. Now if you do this right, the snow stays bright and white and the person is exposed perfectly. Added bonus: The snow works like a giant softbox, adding soft light everywhere! 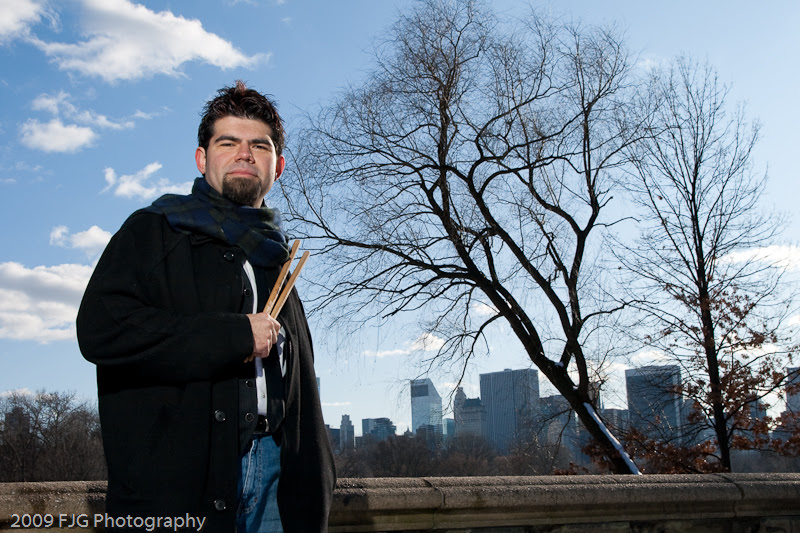 If the subject is still underexposed, a flash or a reflector will work to add some light. Now, if you want to recover some detail in the sky and have it look deep blue, only a flash will do. 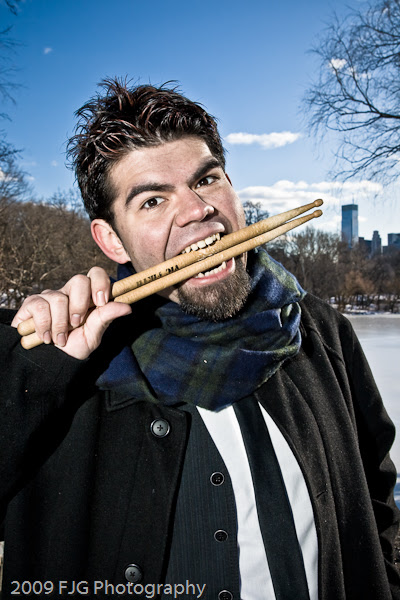 The third thing I learned is just have fun. Shoot with cool people and you’ll get some cool shots. It’s almost a guarantee! I also tried some other techniques with the lighting. If you’re interested, click on the pictures to see the details in flickr. I don’t want to fill up the blog with all those boring photography details!
Email Post
Labels: lighting music photoshoots techniques