Can I take your picture? 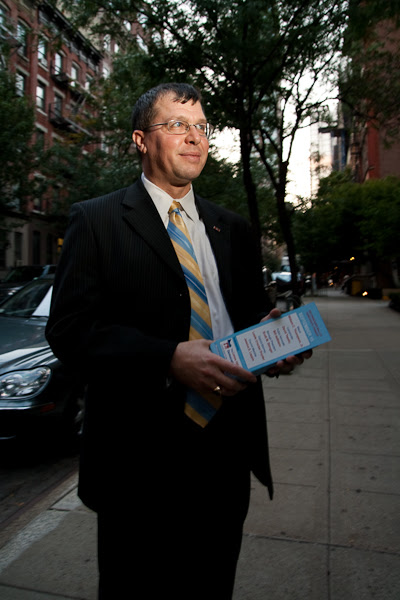 Spent some time walking around NYC with a friend yesterday, we brought with us a single speedlight on a light stand with the goal of some street portraiture. I was looking for a quick project that was as much about approaching strangers and asking them to pose for a picture, as it was about the actual photograph.

After checking out several locations that had good light and moderate foot traffic, we finally settled on one and metered the ambient and strobe, set our exposure, and then waited for someone interesting to come by. I introduced myself as a photographer who is working on a street portrait project...can I take your picture? If they said yes I gave them my email address and told them to email me for a copy of the picture. Some said yes, most said no... 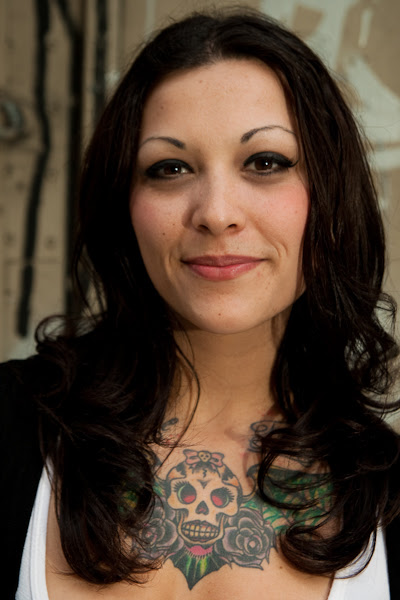 We would take a few different people's portraits, and then move on somewhere else.

I learned a few important lessons about approaching strangers with the goal of getting a portrait:

1) Most people in NYC talk on their cell phones constantly!

2) People who don't take their eyes off the ground when walking say no 100% of the time.

I liked working on this project. Half the fun of it is talking to all different people and finding out what works and what doesn't. Forces you to think on your feet and stop worrying so much and just shoot! I think I will continue to add to this as an ongoing project in the future. Also, check out this from Zack Arias, who was doing the exact same thing (with far better results!) just this week. He blogged about it this morning!